I have several photo locations I shot from over the years, that I am fairly confident that nobody else has a photo of, or at least not a recent or non-documentary version of it.

My first real subject that really interested me was this old shrimp boat named the Sandy Marie. The original owner had fallen on hard times and sold his family’s boat to a Vietnamese family that took over their operations. Then came Hurricane Katrina where the renamed Tiger Shark broke free of it’s moorings. 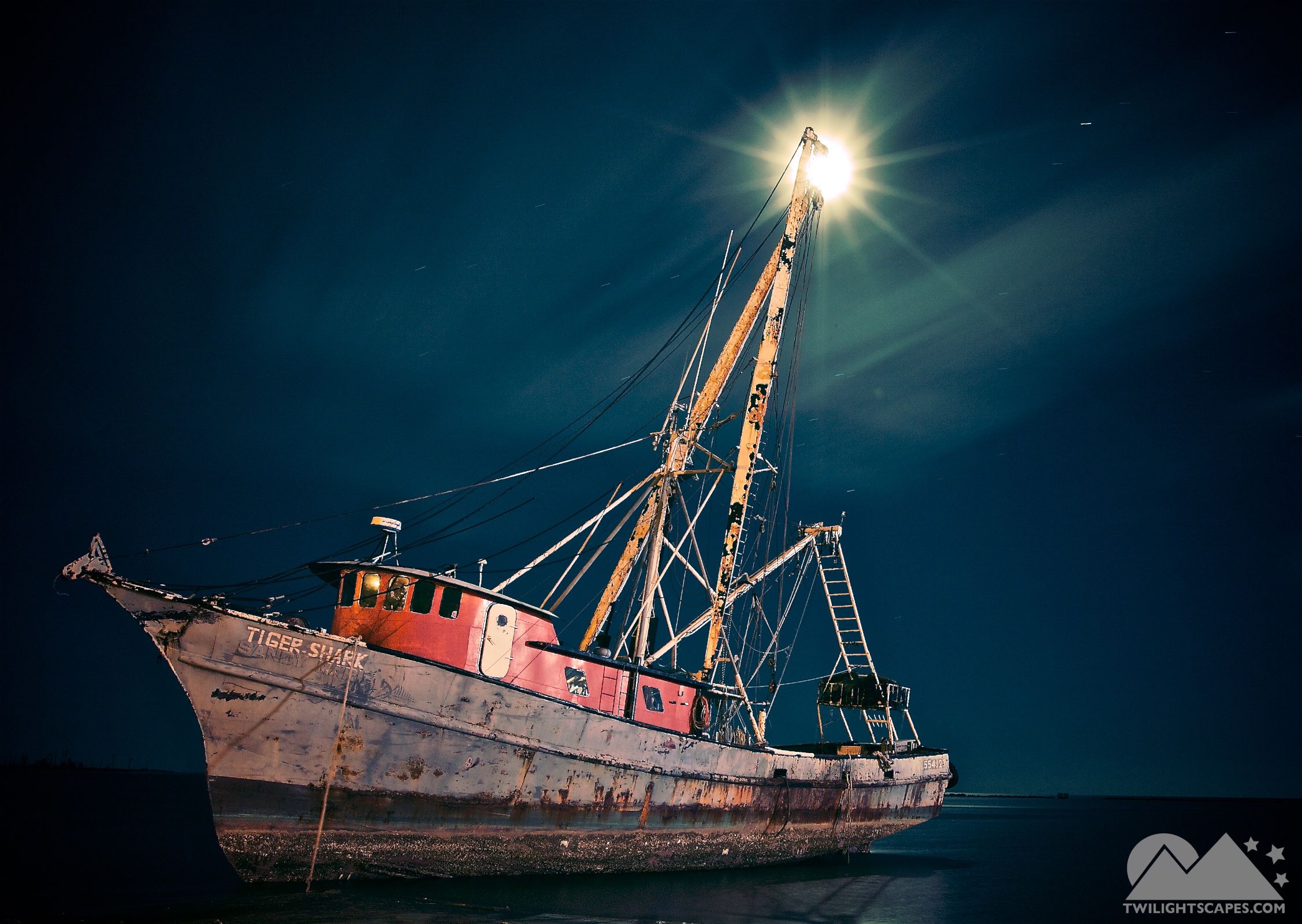 The Tiger Shark survived the storm but then floated aimlessly as a ghost ship in the Sound, for almost a month before it grounded ashore in Biloxi. I was newly into shooting at night and the digital camera scene in general. Having just upgraded from my Canon 300d to the brand new flagship 5D mk II I was shooting a lot at night after work. This ship and that camera became the catalyst for me to continue to pursue photographing at night. I photographed this ship for 3 months mostly on or around the full-moon. I had tried to get a clear night but was met with the normal clouds and stormy weather that is prevalent here. On the third month, I finally got the image that I had envisioned with almost clear water and skies. 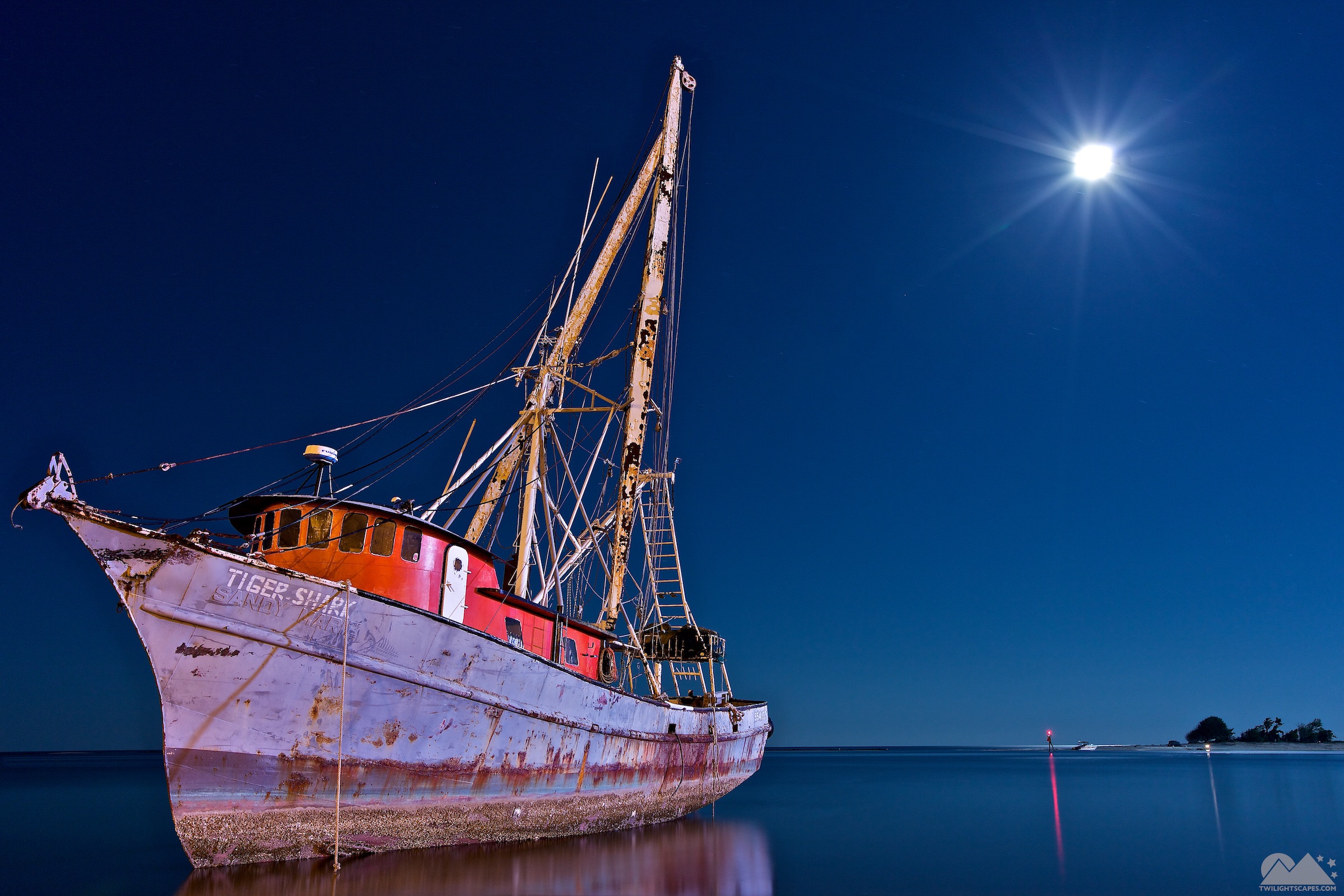 Not long after taking this shot, the ship was removed and retrofitted and sunk a few miles off the coast as an artificial reef, where it sits today below 30+ feet of water.

I had searched and search for any other photos of the ship and or it’s history and found very, very little. I was the only one that had been lucky enough to take advantage of the opportunity to tell it’s final story and capture an image of it’s final beauty.

I was lucky enough to be in the right place at the right time.

Driving around a lot, I found a lot, and I photographed most of them. I found lots of places that I wanted to shoot but couldn’t because of different reasons ranging from bad lighting/location to security or private property concerns or even personal harm potential. 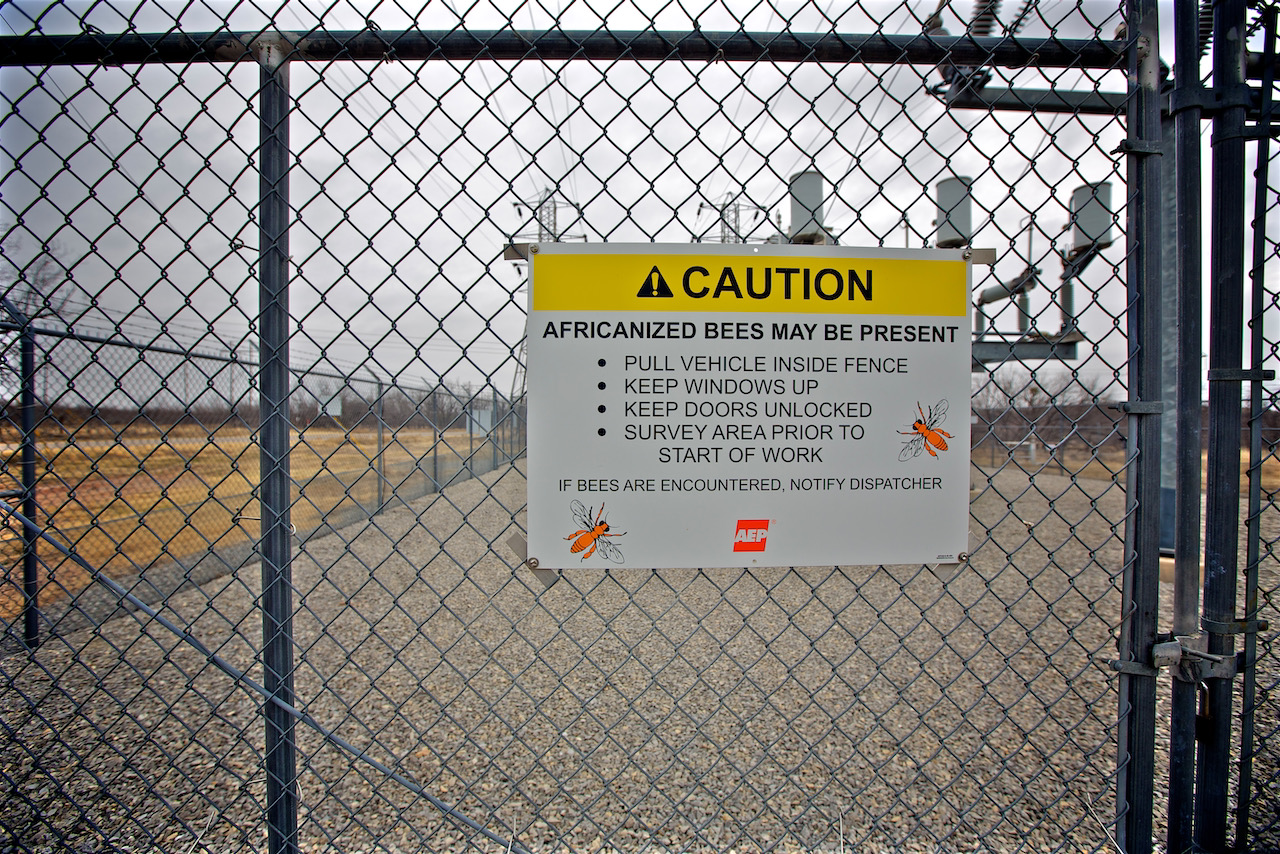 Over the years I have put my tripod into some places where I probably shouldn’t have. I have traipsed into places where I was unprepared or ignorant.  Thankfully, I’ve come away with nothing more than some scrapes and bruises, stories, and a few photographs. I’ve been lucky enough to not suffer worse fates while exploring. 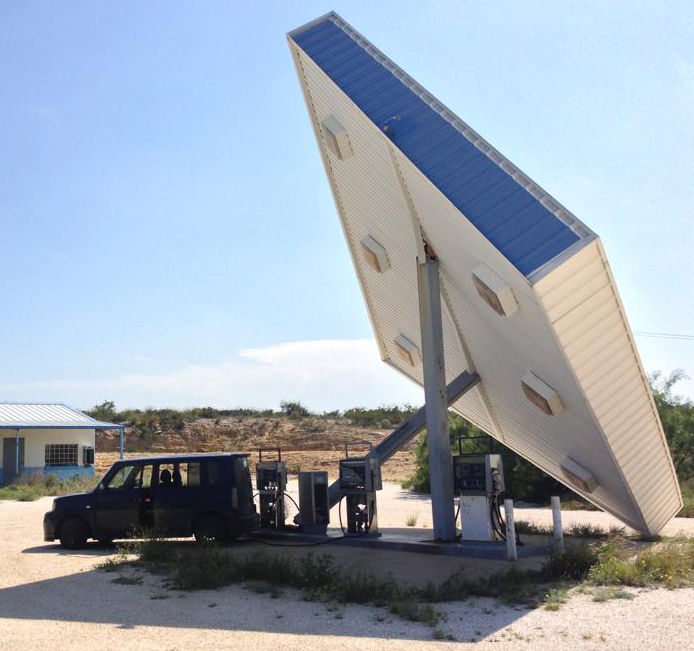 But there is more to doing this long term than just luck. I always recommend anyone to do as much research as you can. Minimize the risks to youself as much as possible. Visit the location more than once. Look for power lines and mail boxes and utilities. If a place has juice., it’s not abandoned. If it gets mail, it’s not abandoned.

Those are starting points for how to proceed. See if you can find a point of contact from these, whether it be mailing address or power use. Often you can find owners through these channels using local city clerk’s office.

Look for neighbors or nearby people that might know the history. They can be a great source of information  and can even become allies for you and in some cases they will be the ones that keep you from being robbed or the cops being called. It takes a few minutes to talk to someone but you never know what kind of information you can get and what value you can get from it. Every little bit helps and can give you a much better assessment of things.

Knowing the history of a location can also help you notice details that you might have otherwise missed.

Many small towns I have visited became ghost towns because of the railroad. Back in the day, the railroads were highly political and they would move the lines in order to service one town, while killing others that the line moved away from. This happened so much with so many countless towns across the western states. Knowing that a town had 3 hotels meant it was more than a stage stop, but not a large city center.

You can learn a lot by following the rail lines and train yards. Industry and cities, revolve around rail lines. Some of the best locations are always near these areas. 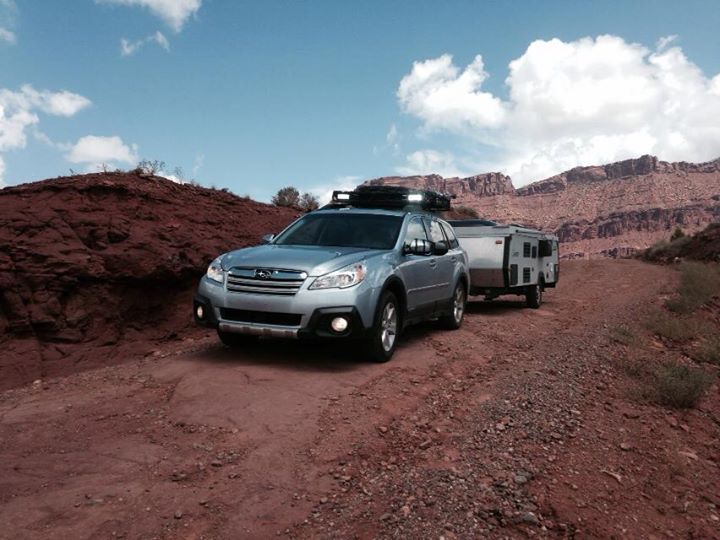 There really can’t be enough said about the whole “driving around” aspect of location scouting. You really do have to drive around. It’s really the only true way to find new things to shoot, and you will find that the experiences are a great reward even for those times when you come back with an empty film roll, which DOES happen. [grin]

Do you have any tips, suggestions or horror stories to tell? Let me know about it in the comments below.